The Effectiveness of PEMF Therapy for Glaucoma 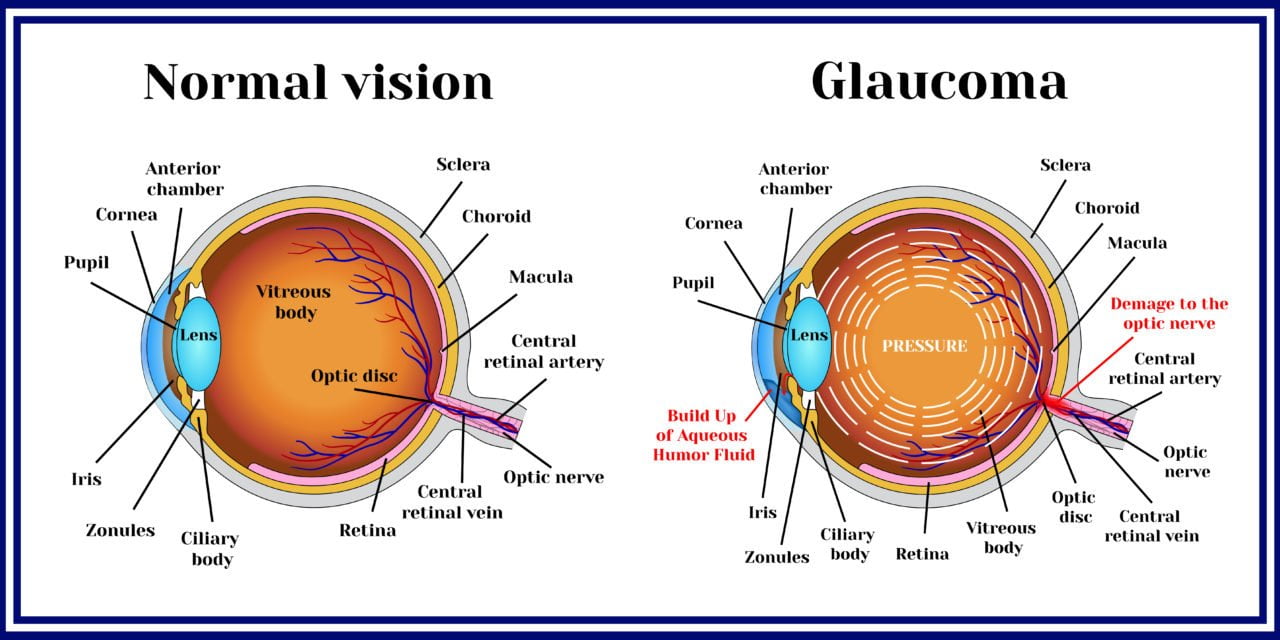 Diabetic patients are faced with damage to the optic nerve, and studies have shown the effectiveness of PEMF therapy for glaucoma to be promising.

While diabetics are more prone to nerve damage, glaucoma can certainly be a problem for patients with other diseases or eye problems as well.

This group of eye diseases causes a build up of pressure inside the eye, causing damage to the optic nerve.

Many individuals may not even know that they have glaucoma, but they find out while at their eye appointment.

Individuals in the early stages of this eye disease may not have any symptoms, or the symptoms may appear to be mild and mistaken as coincidental blurry vision or otherwise.

There are several different types of glaucoma, but for the sake of understanding the effectiveness of PEMF therapy for glaucoma, this article will focus on the two most common forms of this eye disease.

The studies that we found refer to primary open-angle glaucoma and angle-closure glaucoma, but you will see some terms that refer to this disease as a whole.

This article will share the symptoms of glaucoma, the standard of treatment and risks, and how PEMF therapy was applied during studies to determine its effectiveness.

Please keep in mind that it is important to discuss the symptoms and the conventional treatment options so that you can see how PEMF therapy is different, and how symptoms improve.

Just as the types of glaucoma vary, so do the symptoms and treatment for this eye disease.

Intraocular pressure (IOP), is the one major identifying factor when the eye doctor is ready to diagnose someone with glaucoma.

While this pressure can still be well within the normal range, there may also be damage to the optic nerve without any warning until much later.

This is why early detection is so critical with glaucoma.

The leading cause of blindness in the United States is the result of glaucoma, and it is now something primary care physicians are vigilant about with geriatric patients.

More than 3 million people have been diagnosed with glaucoma and the most common forms include:

Generally, the primary open-angle glaucoma is discovered in patients that are 50 and older.

The danger in this primary form of glaucoma is that it is almost always symptom-free.

The telltale sign is swelling in the cornea, but that does not always occur to tip off that the glaucoma is present.

Angle-closure glaucoma is the other primary form of glaucoma, and this form is one that is generally hereditary. This form is detected when fluid begins to build behind the iris, and it also causes pressure to build up over time.

What are the standards of conventional treatment in this case?

The findings of a visual field test are always important for the doctor to make a determination.

There is no cure for glaucoma today, however, laser surgery has become the most popular option today for those who have this disease.

If the intraocular pressure could be controlled or minimized, it would slow down the rate at which damage occurs to the optic nerve.

Medications may be given, as well as eyedrops, or when all else fails the surgery is recommended.

There are now several laser treatment options, but what about the effectiveness of PEMF therapy for glaucoma?

Knowing that the laser treatment is not a guarantee or a cure, and knowing that there are risks involved, could PEMF therapy become a viable option?

Understanding the Effectiveness of PEMF Therapy for Glaucoma

Glaucoma continues to advance in those who are not receiving any treatment, and the only hope patients have is that medications or drops can either help expel fluid from the eye or that the damage can be restricted to minor damage to the optic nerve.

Surgical procedures can be risky when implants are involved and doctors are using instruments to get behind the eye.

While the surgery for glaucoma can, in fact, slow down the damage to the optic nerve, it is important to note that improving vision is extremely rare.

These procedures also pose the risk of causing eye pressure that is far too low.

The comparison is similar to that of low blood pressure in that it makes the eye muscles weak and unable to function at their normal level.

Patients need to have a clear understanding of this before they opt for surgery, and this is why the study of the effectiveness of PEMF therapy for glaucoma is so important.

Multiple studies using PEMF therapy for glaucoma in Eastern Europe, shed light on just how effective it can be, and even at really low frequencies.

Here is the content specifically from the first study as it is published, word-for-word on the website for Dr. Pawluk.

n one study, courses of rotating PEMF therapy (MT) were given using a device of a 33 mT [330 Gauss] magnetic field, rotation frequency of 1.0 to 1.5 Hz, to 31 patients (43 eyes) for 10 min with primary open-angle glaucoma, over 10 sessions. Untreated eyes (n = 15) of the same patients were controls. The patients were examined before and 4 to 5 months after MT. Vision acuity improved by 0.16 diopters, on average, in 96.7% of the treated people who had vision acuity below 1.0 diopter before treatment. By way of comparison, mild myopia [shortsightedness] could have a loss 1.00 to 3.00 diopters, while over the counter reading glasses will be rated at +1.00 to +3.00 diopters. MT brought about an improvement of spatial contrast sensitivity by at least 7 of a possible 12 levels in 85% of 26 eyes assessed. After PEMFs, visual field deficits decreased by at least 10% in 72% of 43 eyes versus controls and decreased by 22% vs. the initial value overall in those treated. After 4 to 5 months the treatment changes in the vision acuity and visual field deficit were negligible, in other words the results were stable even after 4 – 5 months. In controls the parameters showed no improvement over the entire follow-up period.

PEMF therapy can be effective in reducing pressure behind the eye because blood vessels are where you see pressure develop.

PEMF therapy has been proven to improve circulation through various studies, and as a result, it can improve the circulation behind the eye.

This was proven to be true in another study. This study is from the same website.

There is enough research now to lay a foundation for the use of PEMF therapy in various settings, and it is no surprise that the research in other areas of medicine continues.

There is plenty of promise in natural therapies, but PEMF therapy is not deemed to be a cure for glaucoma or any other disease.

If you would like to study more about how you can benefit from the “effectiveness of PEMF therapy for glaucoma” or other conditions and diseases as well, please visit the website at www.pemfsupply.com today. 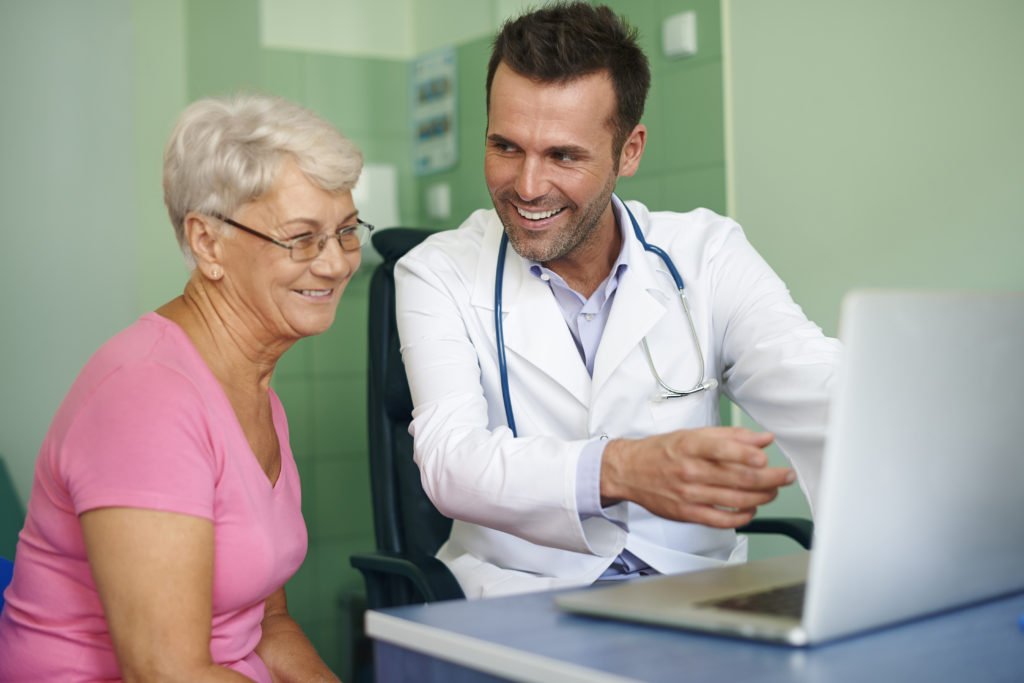